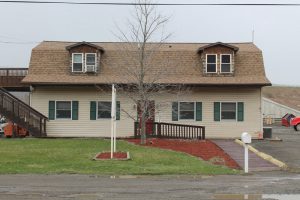 Doug Gross Construction, Inc. started in 1978 as a general house builder. He expanded in the 1980’s into performing general site work. In the early 1990’s he started to expand into the general housing tracks for middle to upper income housing. In the 2000’s he expanded again into commercial and residential waste dumpster roll-off business. In 2003 the business was purchased by Larry and Janice Knowles. From there they added the CAT Alliance Rental Equipment Store. In 2004 they expanded into larger commercial site work projects. In 2006, Janice Knowles applied for and received certification for WBE (Women Owned Business). In 2009, they expanded into trucking of materials and rental equipment for Gas Field Industry. In 2010, they expanded again with their Lowboy Service (Heavy Equipment Hauling) for companies such as Milton CAT, and Skyworks. Doug Gross Construction, Inc. is family oriented.